You are here: Home / Blog / Motorcoaches Rolling for Awareness, Part 1 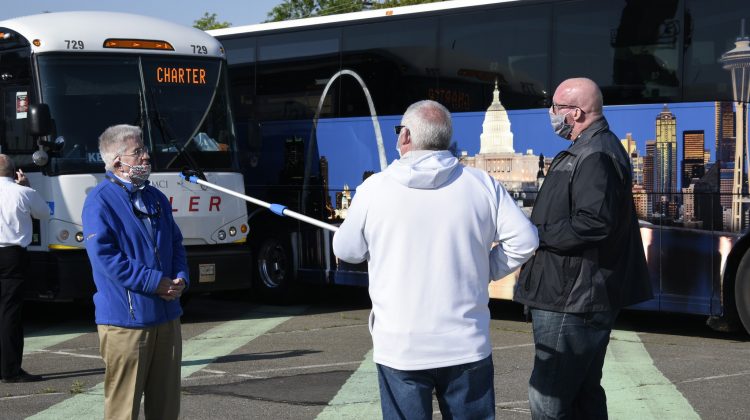 Wednesday, May 13, 2020, was a day most of us will never forget. Approximately 1,000 motorcoaches from over 400 companies representing all 50 of the United States converged on Washington, DC, for the “Motorcoaches Rolling for Awareness” rally organized by the ABA — the American Bus Association, and the UMA — the United Motorcoach Association.

Episode #24 includes an overview of the day and, most especially, commentary from both the organizers and the participants. There are brief interviews with the heads of both the American Bus Association (Peter Pantuso) and the United Motorcoach Association (Larry Killingsworth), various motorcoach operators, and a tour operator (Diane Sphar). It concludes with Viewer Voicemail. Please listen!

Photo above: Fellow driver Jeff Reed and myself interviewing Larry Killingsworth, President and CEO of the United Motorcoach Association.

This site uses Akismet to reduce spam. Learn how your comment data is processed.